On the north-eastern tip of Suul’Nera lies the Drown peninsula; a large and fruitful land that the Kyrosh houses call home. Though the region was once as inhospitable and Læn, it’s inhabitants have worked hard to push the natural influences back and enjoy a reasonable level of comfort within their walls. Droan is covered in forests and rivers that keep the people well supplied with food and lumber, but also provide the creatures of the wilds with ample space to thrive. The wildling tribes have all but been pushed out of the land entirely, giving Droan a reputation for civility second only to The Hæven. The one thing Droan lacks is ample access to The Underdark, forcing the people to import much of their Focci and metal from sea-based trade routes; but they rarely come up empty handed with goods to trade for it.

Droan is a relatively soft region, with more soil than rock. Rolling hills stretch out from the base of the Vicci Mountains, with rivers running through them. Aside from the more civilized areas, forests have spread themselves to cover most of the region, though the trees are thinner here than most of Nera. Near towns however, Kyrosh industrialism has managed to wrestle back the overpowering roots of nature, pushing out the trees with pervasive logging. Being surrounded by water on all sides, Droan gets a heavy storm season which often shuts down much of the region while it rains for days on end. This keeps the wilds lush, fresh, and full of life.

Due to it’s central mountain range, Droan is known for the abundance of large flying predators which keep the thriving ecosystem in check. While deer, rodents, bears, cats, horses and a some Behemoths roam the ground, Dragons, Griffins and Volverna soar through the skies. The region is known for it’s domesticated griffins, which have become a great source of wealth for the noble houses that have managed to tame them for combat and travel purposes.
The plant-life of Droan diverse even though it may seem bland at first. Deciduous trees blanket the valleys, while shrubs and thistles cling to open land. What makes Droan special in this regard is it’s diversity and abundance of herbs and spices; which are harvested and sold for their cooking and medicinal uses. 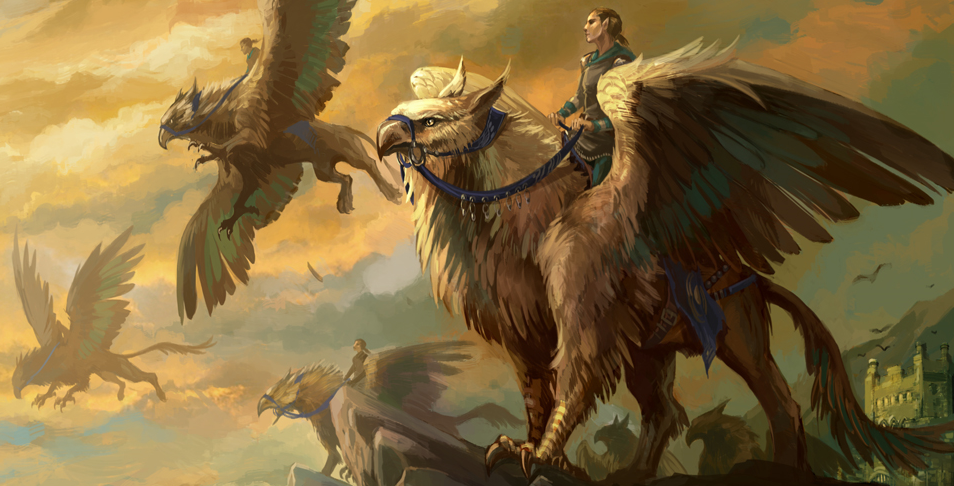 Droan has an interestingly diverse populace. The region is primarily inhabited and exclusively ruled by Kyrosh houses, which makes Droan as a whole lean towards their industrious demeanour. However, the region is very well inhabited and has many larger towns and cities leading to a high diversity in concentrated areas bring all sorts of people to the area. Unlike The Hæven, which has become a combination of many cultures Droan has built a streamlined society within which the immigrants accept it’s long-standing traditions. The people of Droan are hard working and diligent, devoting themselves to their profession entirely. They have been quickly driving themselves beyond mere survival to thriving, even changing their environment to suit themselves; something found nowhere else in Nera.

Home to two major cities and countless towns, Droan is becoming a well populated area and has been growing steadily for centuries. The largest city in the region is Sheinar, which sits on the northern coastline. The city acts as a capital for the northern half of the region, and houses the renowned College Arcana. On the eastern side lies the city of Eivos, which is known for it’s griffin hatcheries and training grounds. Thanks to these two cities, the Erkai family has maintained a steady hold on most of the region. On the southern side of the Vicci mountains lies the city of Vicci and The King’s Dam. From there the Lillæn house rules a pocket of the southern half of Droan. 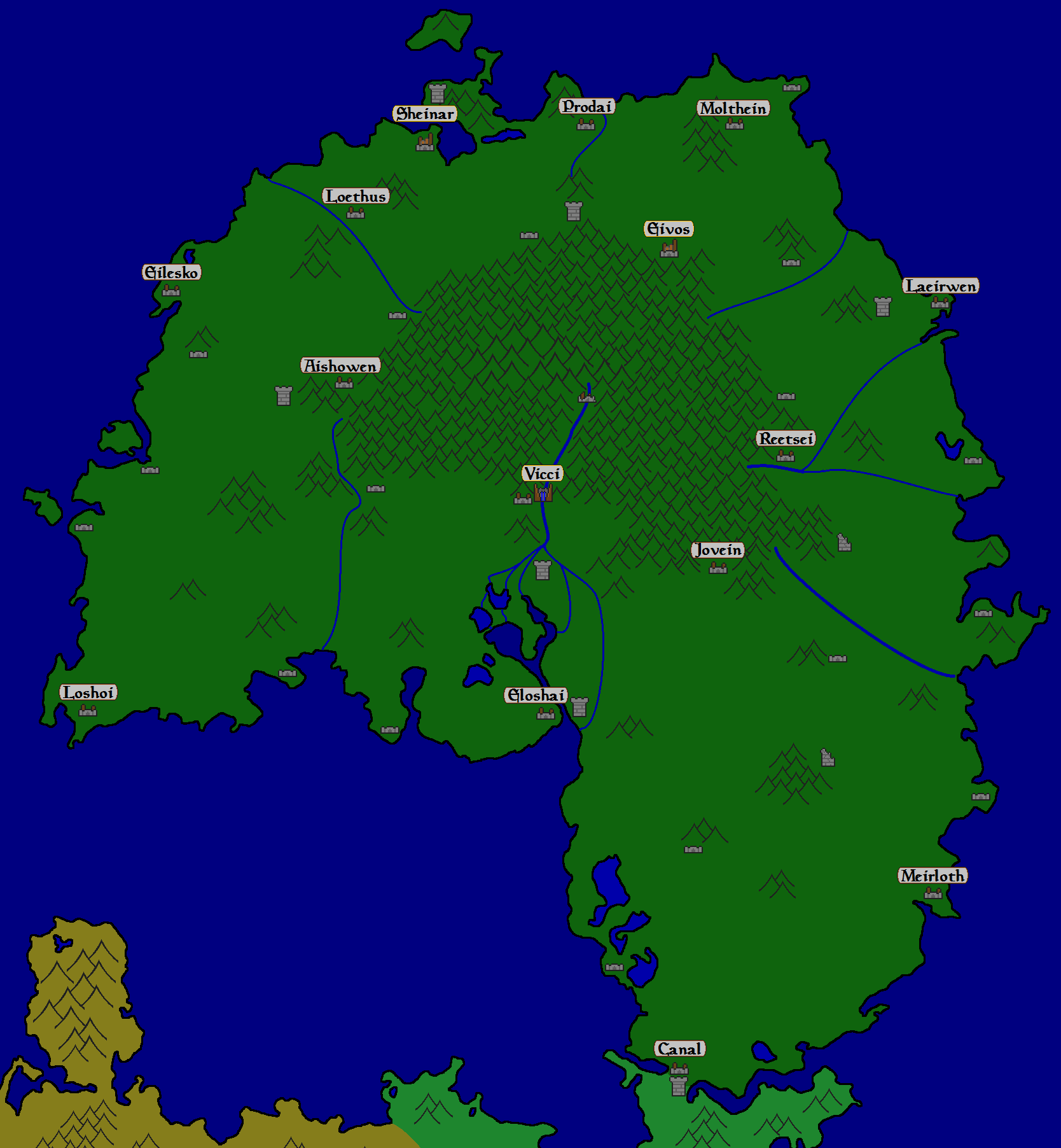